The gun radar cover was cracked and torn and, like the rest of the fuselage front end, it was beyond recovery. To make a new one, I first made a rough cast of the original. The cast was shaped with the help of lots of Bondo. Lots of sanding followed, after which I laid fiberglass strips over the properly shaped cast.

After the fiberglass had cured for a day, I pried it off the cast. (Fortunately, Steve Rettell had taught me that I had better cover the cast with lots of wax if I expected to pry the fiberglass off!) The fiberglass was then reinforced on the inside and more fiberglass layers were added to get the proper thickness ... that is, one that matched the original pieces of the gun radar cover. After the new layers of fiberglass were properly cured, I used Bondo to smooth the surface. When the Bondo had dried, more sanding was in order and then several coats of filler paint were applied, followed by more sanding. Next, the holes for the screws were drilled to match the screw holes in the intake. Two more filler coats and more sanding followed -- see Figure 1, cell 1. 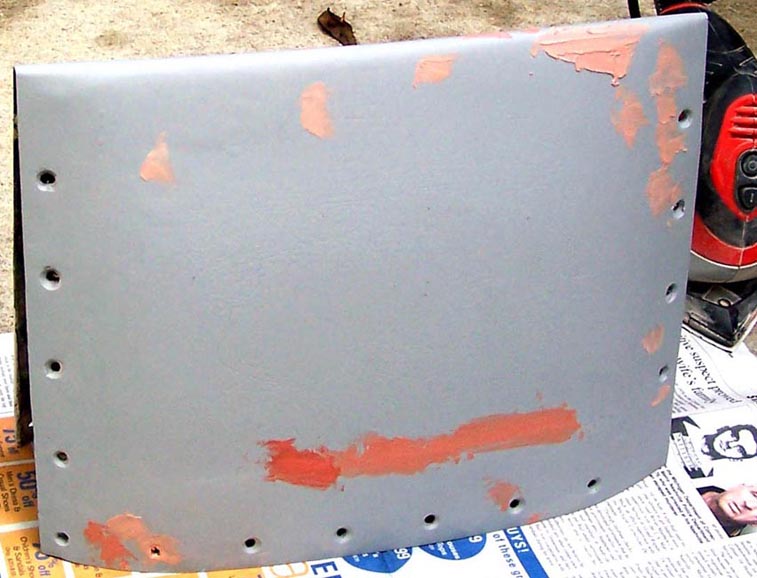 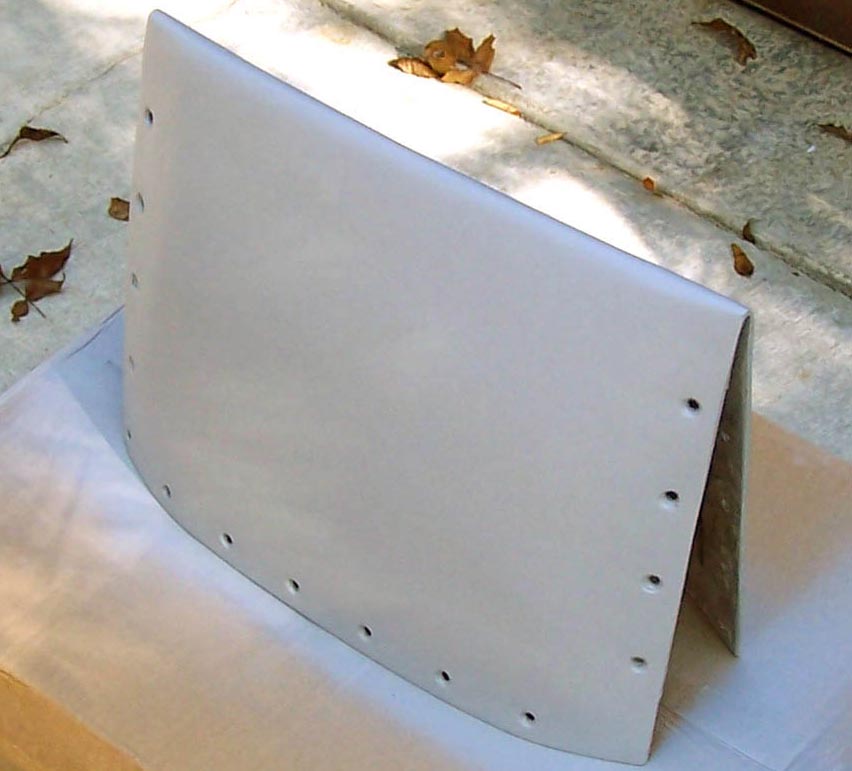 The final step in making the gun radar cover was the application of three coats of semi-matte black finish. Once that job was completed, the new fasteners were screwed in to hold the gun radar cover in place to get ready for the photo session that produced the picture you see in Figure 2, cell 3. 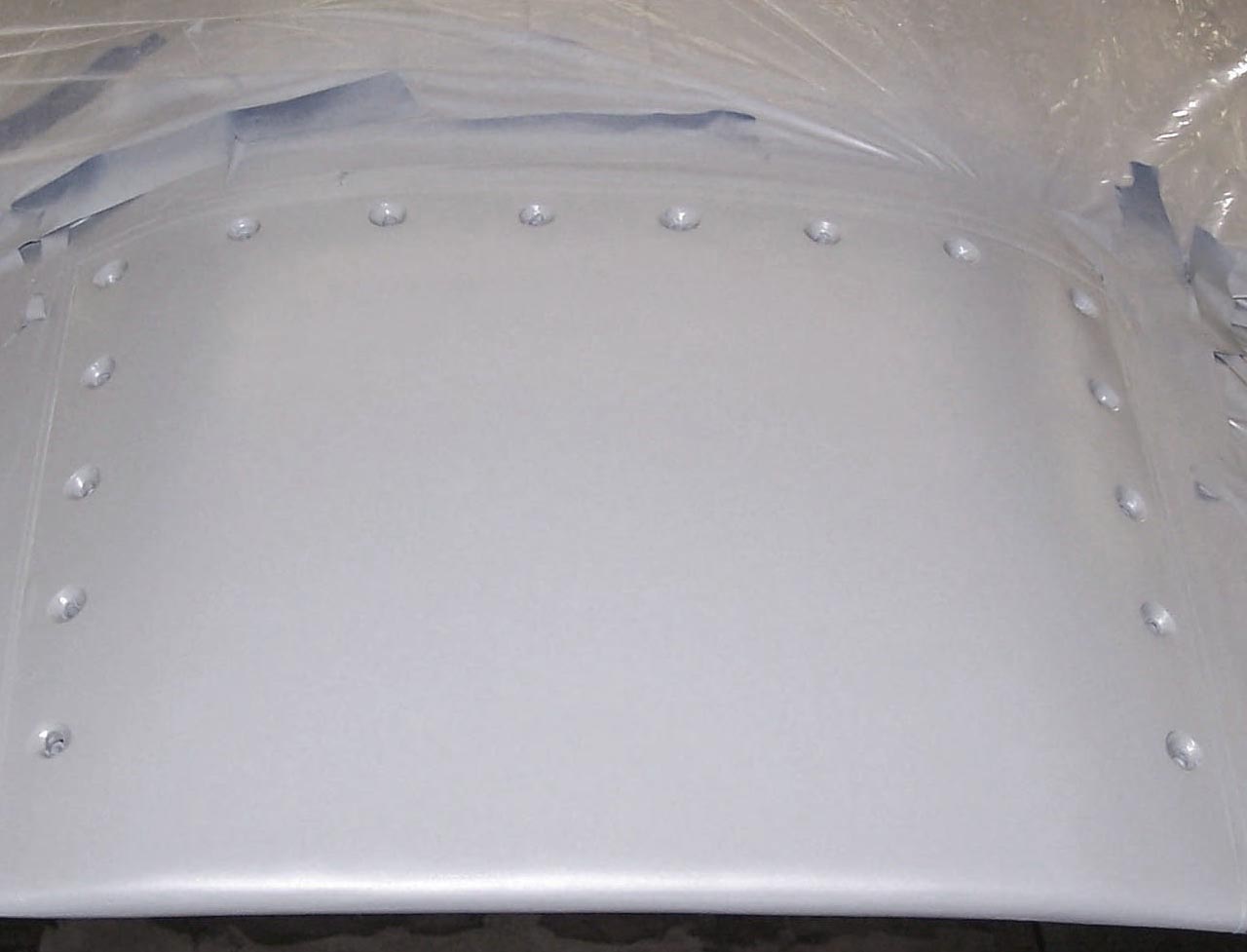 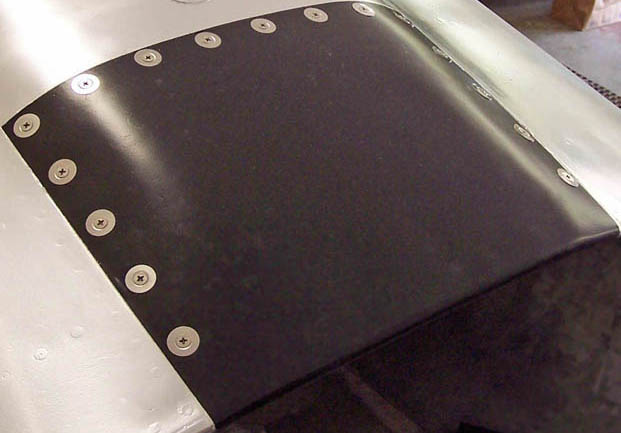